Bocas del Toro, Panama is our home base. But beautiful Bocas is an island. Unless you fly straight in to the tiny “airport,” you have to pass through the last bastion of land. And that’s Almirante. You don’t want to linger here. It’s a port town, a hungry town, a wide eyed town. Where the turds from outhouses drop straight into the water. 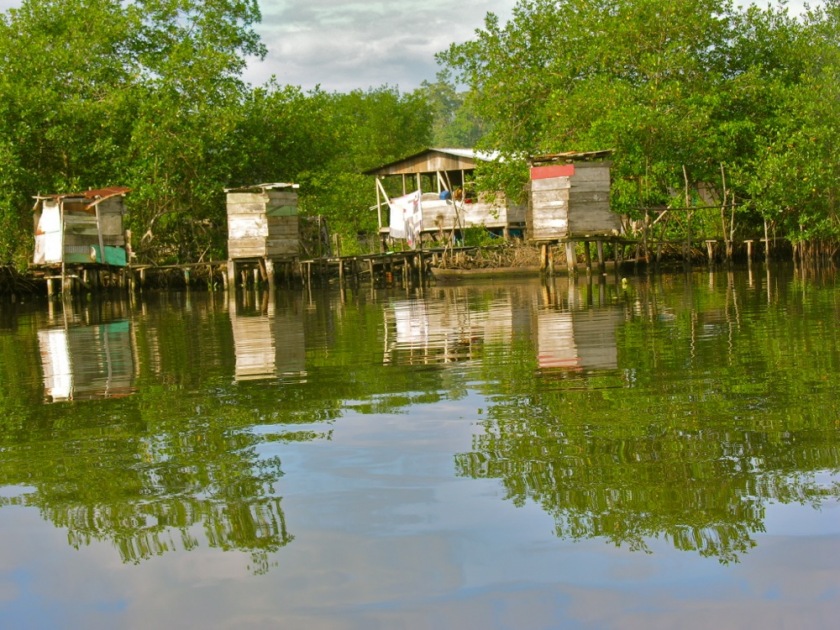 From Almirante, you can take a boat to Bocas. In Bocas, everything revolves around boats. You take boats to surf breaks, to Bastimientos island, to get around one side of Bocas to another; basically in Bocas it’s All About Boats. Even if you’re 9. 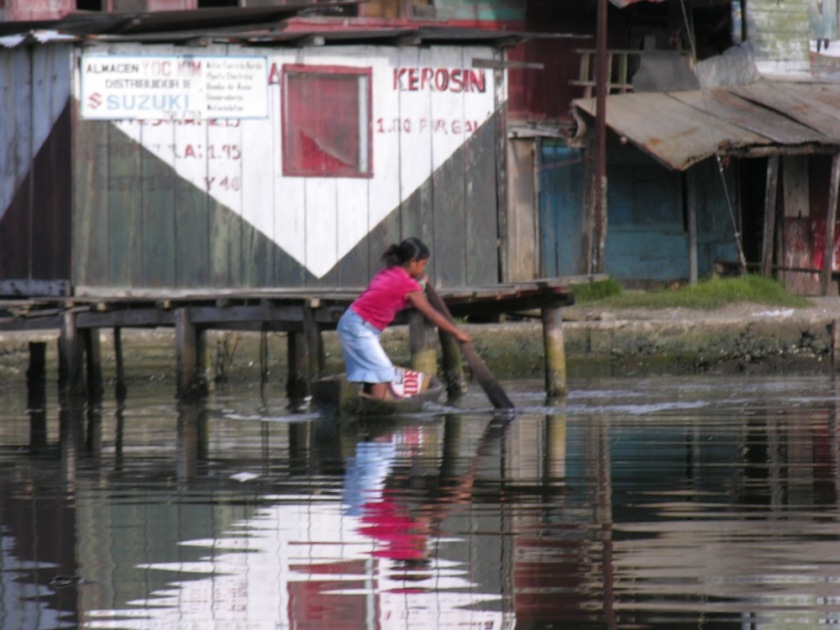 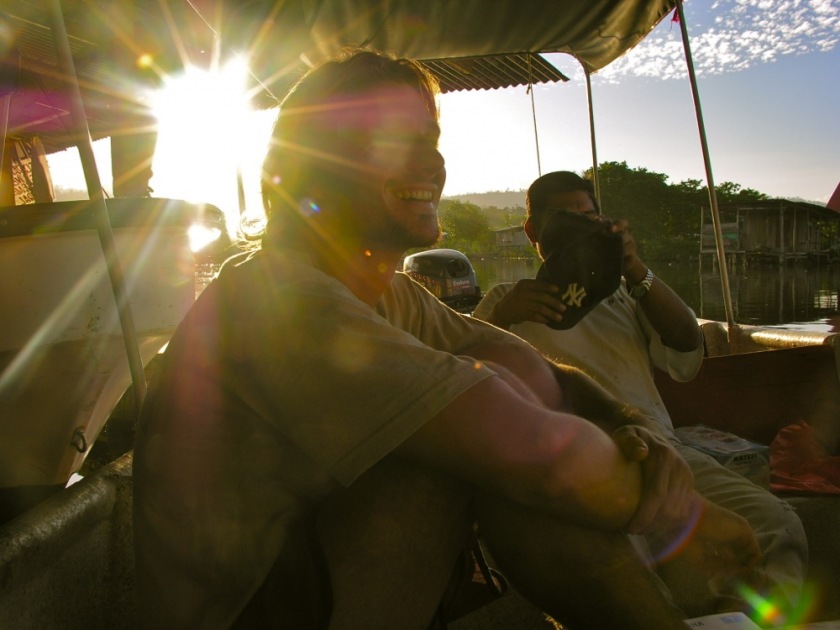 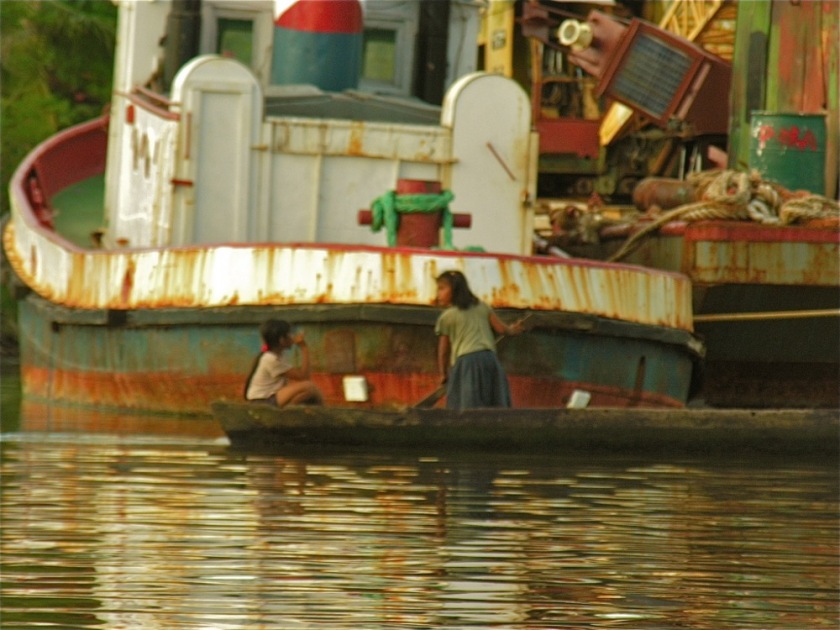 So anyway. We’ll call my boyfriend “T.” I’ve just made the trek out to Bocas to hang out with him, and T’s dad just goes and buys an island. It’s not big and it’s not exactly Tahiti but it’s his. Of course it isn’t that simple and it involves lots of holding the phone at any arm’s length and yelling into it, and lawyers from Panama City and  men drinking tequila at night in the living room, but anyway. The island is surrounded by mangroves. We take a boat out to it every morning. A crew of local Indians in hired to cook for us and the workers- twenty of them? Thirty? The workers cut away at the jungle, bring in hand carved canoes loaded with sprouted coconuts and make rock lined pathways. Someone with a gun is hired to head up “security.” 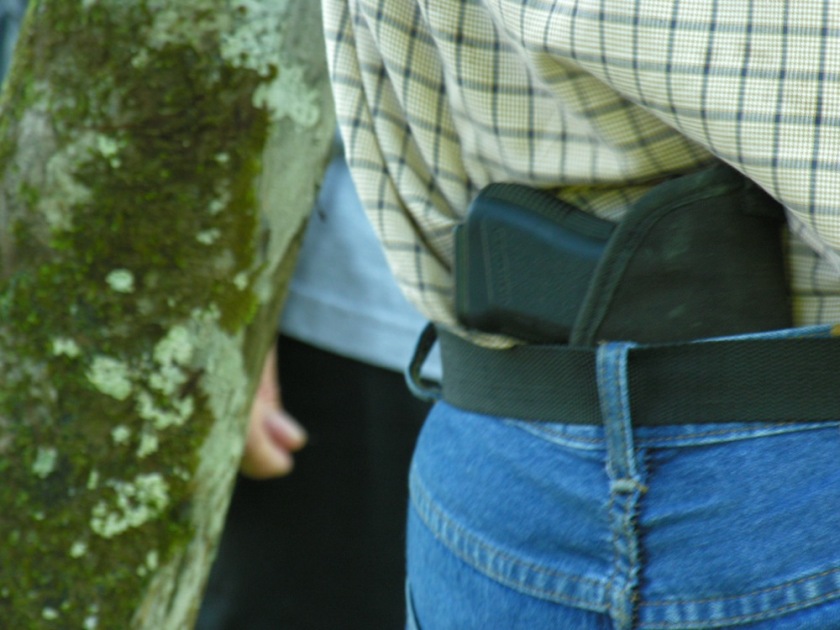 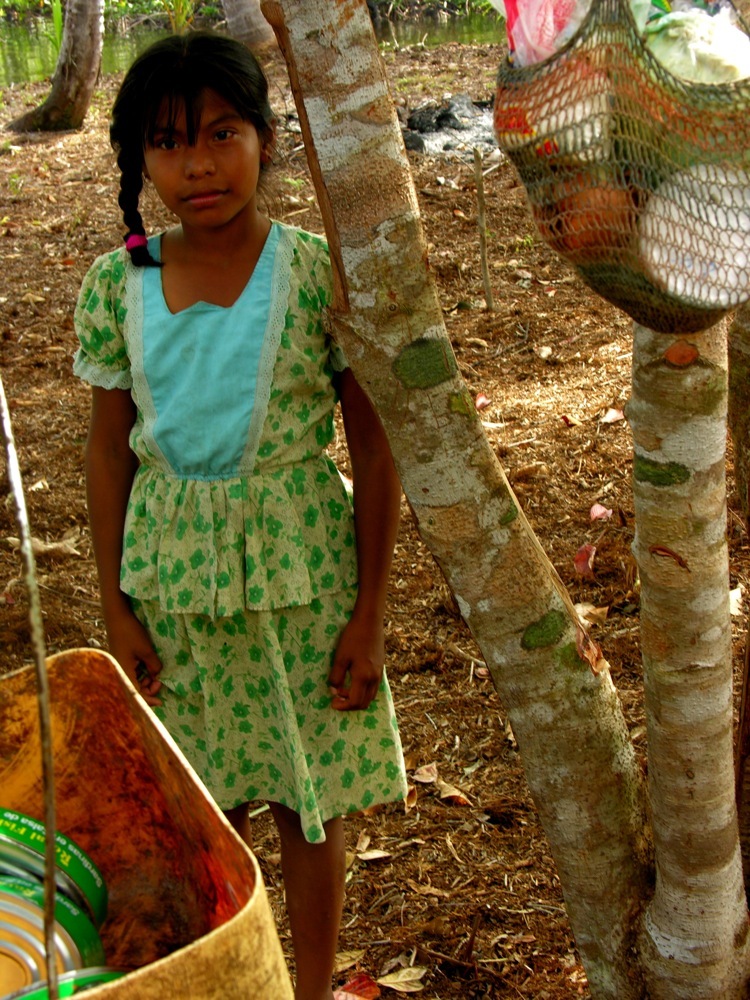 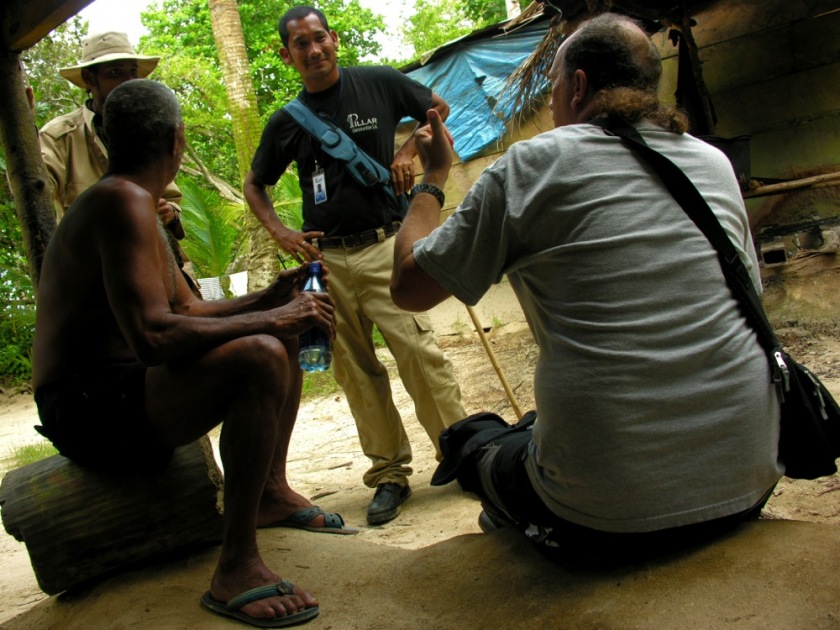 The Indians that cook for everyone keep a giant lizard on a rope. I wonder if it’s a pet, or if we will eat it soon? Possibly both. Their Spanish is  worse than mine so I can’t really ask. I think they speak Bugle, the native tongue. 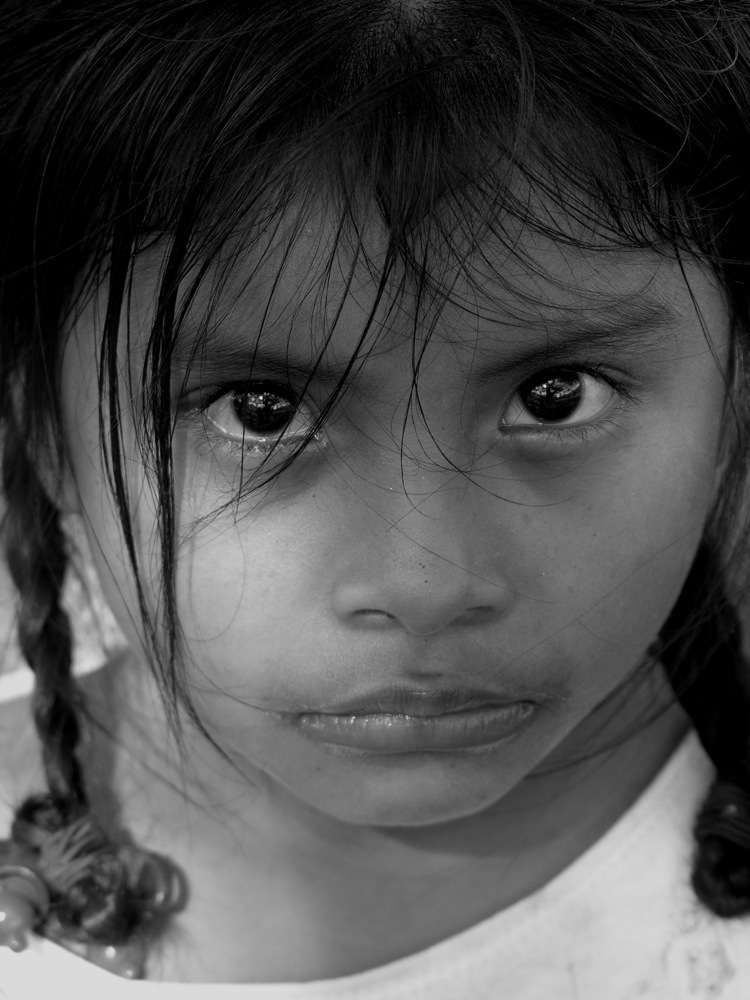 One day, two workers come running, one cradling a lump of gray in his arms. I catch that they were cutting down this tree, and there was a baby sloth in it. (There is no mention of the mother, and I don’t want to imagine.) They claim to have saved this baby sloth, and they set in my arms. I am stunned. I look down at the little creature. His face has a kind of permanent half-smile. I pet his wiry body. Yeah, it’s love.

I look up our new little friend on the internet when we get home. It’s obviously a sloth. I count its leathery toes. But the creature, apparently, does not exist. It isn’t until ten years later that I see a National Geographic article that reads something like, “a new species has been discovered, the pygmy three-toed sloth, in the jungles of …” Yeah. So. We name him Snarkle. Or I do. T wanted to name him something boring like Jimmy, so I took over. 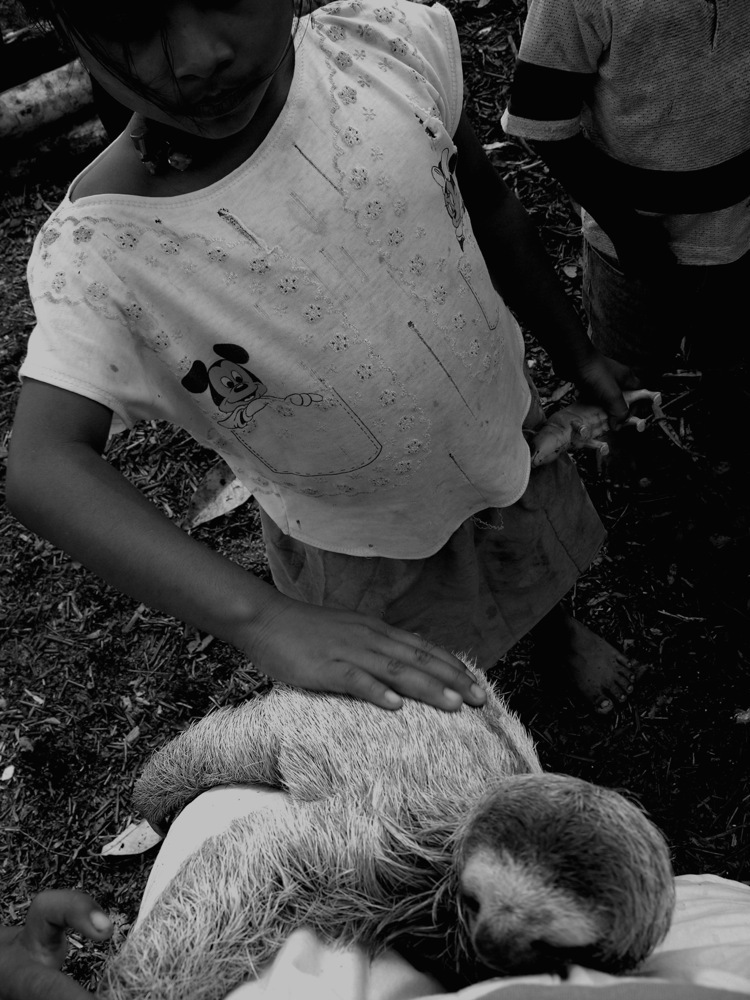 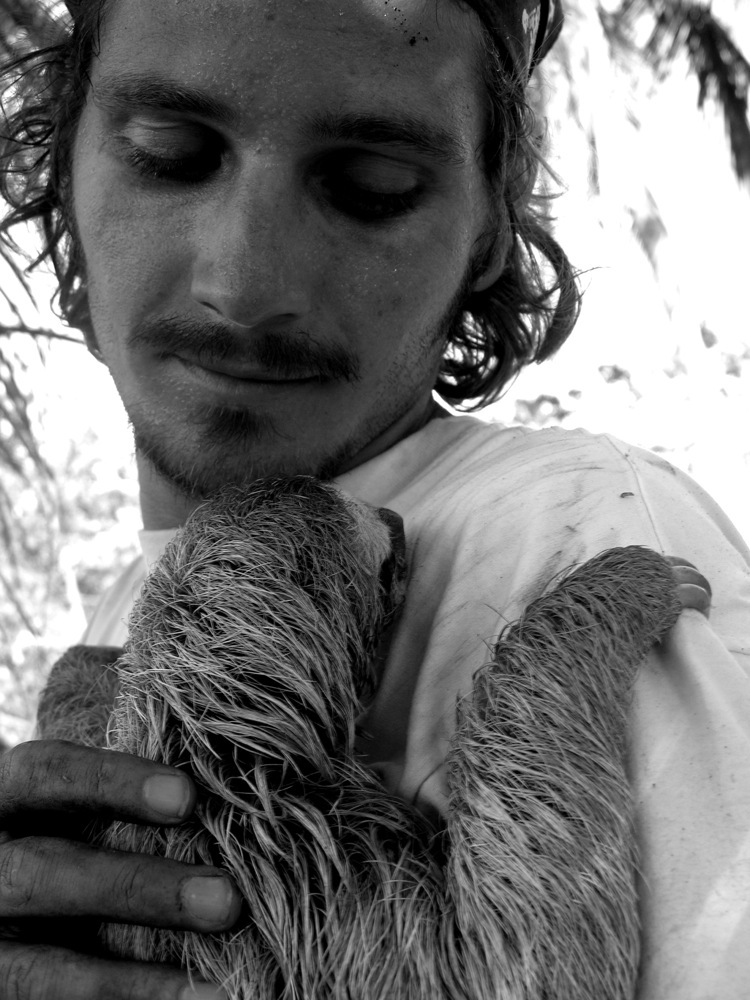 We feed him leaves from the tree outside our house, which is luckily the same kind of tree we found him in. Apparently sloths are very particular. And for a while, things seem ok. Snarkle clings to my leg, starts to climb up my jeans, looks at me with what appears to be total adoration, and then promptly falls asleep. This is our routine. Sometimes I take him with me out and about, sometimes I don’t. On of the days when I don’t, I come home in the evening and something feels wrong. I step carefully into T and I’s room, and there is Snarkle, choking on the window blinds, the little white chord wrapped around his neck. I shriek and rush to him, unwinding the chord. He looks up at me with his perma-smile, and I realize he is okay. He’s breathing. But it dawns on me that we’re keeping a wild animal in a bedroom unsupervised and this would not be the last time things go wrong. I make up my mind right then.

The next morning I tuck him under my jacket on the ride back to the island. I step into the shin deep black water and onto the sand, squeaking down the new path in my wet shoes with a sleeping Snarkle. I set him back in a tree, his kind of tree. He blinks, starts climbing up the branch, and promptly falls asleep.

Yellowstone and the Grand Tetons in A Day

Why I Adore Granada, Spain