Sometimes when I travel it’s all sunshine and rainbows, and sometimes it’s the fires of hell on my back and dust. After going through the desert, the next thing on my horizon to look forward to is the Ozarks. I’m getting nervous cause I need to like something soon.

Utah. Sigh. I wanted to like you. I tried, I stayed south near all the National Parks. I drove back roads. But the rivers aren’t clear, the sun pounded and wilted me, the 85 octane gas confused me and weed isn’t legal. Unlike California, Oregon and Colorado, wow. We walked into a retail pot shop in Colorado, and it’s got more cars in the parking lot than any place in town. You don’t need a card or a prescription. A friendly girl comes up and asks what you like, and what kind of high, and buds, hash or oil? It’s like going to a bar.

Anyway Utah. I had to put cocoa butter on my lips every half hour to keep from cracking open. So hot we had to dress like Lawrence of Arabia. 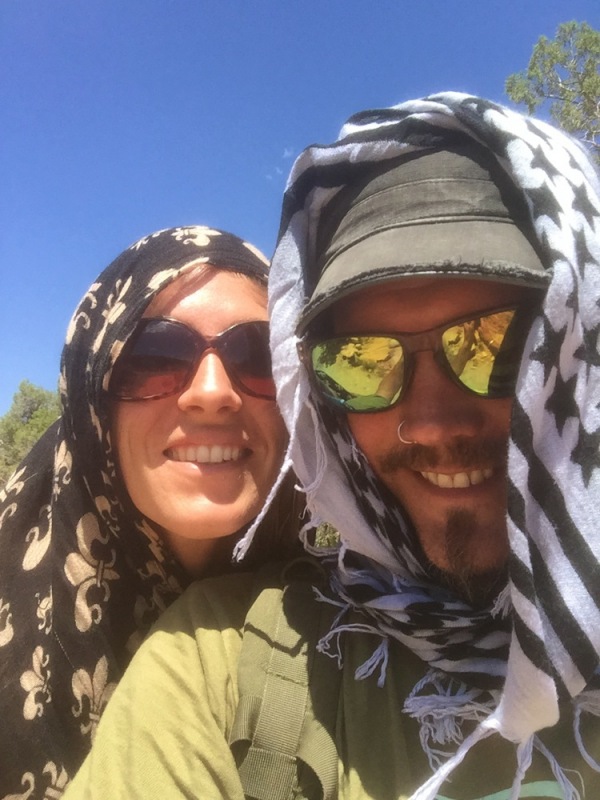 Utah is also where the skies start getting criss crossed with chemtrails like crazy. By afternoon they all splooge together into a bland mash and the colors of the landscape are muted. Here, white is the new blue.

One of the things I did like about both Nevada and Utah is that they’re mostly BLM land, meaning it’s yours, you the taxpayer, so camp on. For free. Pretty much anywhere. There are blackened fire rings on lonely clifftops above gorges with forever views of rocks and sage.

And coyotes howling at night. And rotting wood signs like “Rattlesnake Ranch.” Stores set into caves. 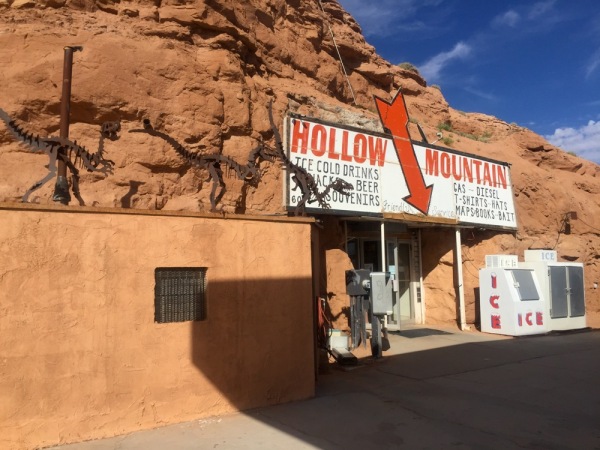 We did scope out a regular paying campground called Fruita in Capitol Reef National Park- a sea of grass and trees against huge towering “formations.”

That’s what Utah is- formations. Worn and carved rocks and sand, piles of shit, arches and gorges. 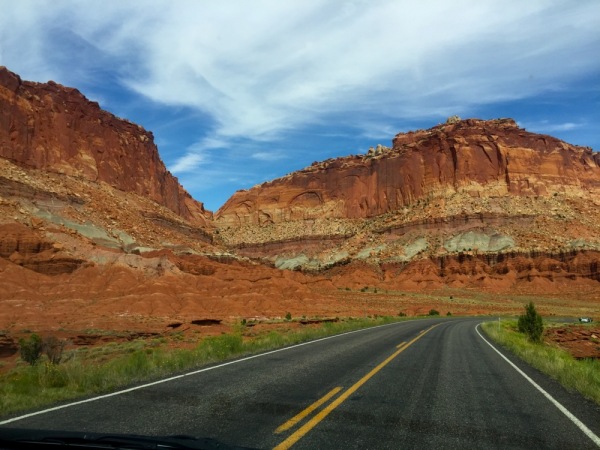 And petroglyphs. Many of which are probably undiscovered. And who are these guys with the bulbuous heads hmm? 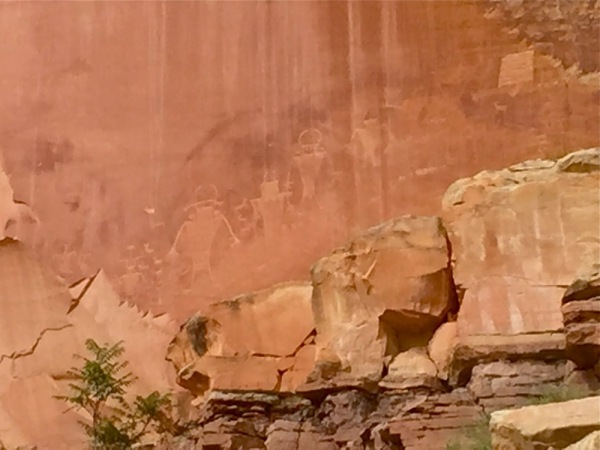 These petroglyphs are at Fruita, where Mormons planted fruit trees a long time ago and now it’s a campground with several orchards of pears and peaches and stuff that you can pick and weigh yourself. Harvesting time starts in August. 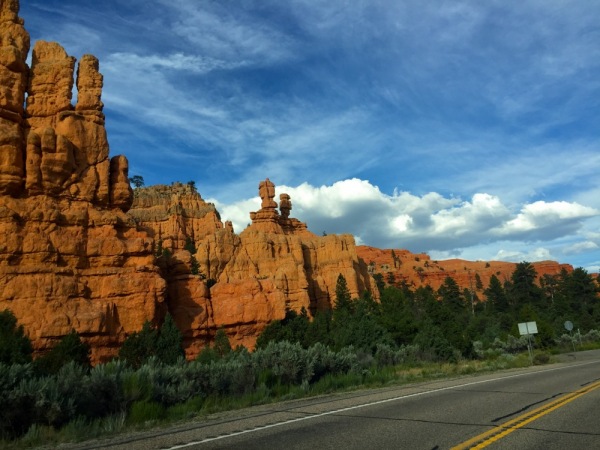 which is the first swerve to pull over and take a picture place after the drone of Nevada and her tiny towns printed in deceitfully large letters on the map. They’re mostly old mining towns, losing their grip on civilization now that they have no nucleus and no real reason to be except for as a gas stop in the blinding sun.

So Nevada. Let me be the one to say, Nevada is far from flat. We were above 5 grand most of the time, cruising at 80 between mountain ranges and next to cattle, the occasional spring and abandoned house, even whole abandoned towns covered in weeds and graffiti. Which are actually pretty wild looking at sunset, standing in the middle of the highway, the wind of nothing blowing my hair and antennae quivering for the sound of snakes. But the highlight of Nevada was a visit to see my aunt near Great Basin National Park, which has lots of homegrown art along the entrance road made mostly from metal and trash including a horse skeleton in an old Model T or something, a hung-to-scale portrait of the planets along the fence, hiking trails and a glacial lake locked in the tippy top of a mountain.

We took a hike in Great Basin, the rotating home of crowning title of Least Visited National Park in the Country. The contrast from scorching desert highway to tall trees, omg, and a clear rushing river, was a relief. I never knew it could look like this is the desert. We saw petroglyphs by the Grey Cliffs, hiked through lupine and oversized dandelions, under aspen and over fox droppings. I should have had the sense to be (very!) impressed by the raging clear river because Utah didn’t show me a single clear river. Even the Rio Grande was instead the Rio Pequeno and muddy brown.

Anyway my aunt built an underground house that is invisible to the wandering human. The roof, slightly above grade, is covered with sage, rocks and general desert camo. I won’t reveal many details to preserve her privacy, but this is inside looking up at the roof. 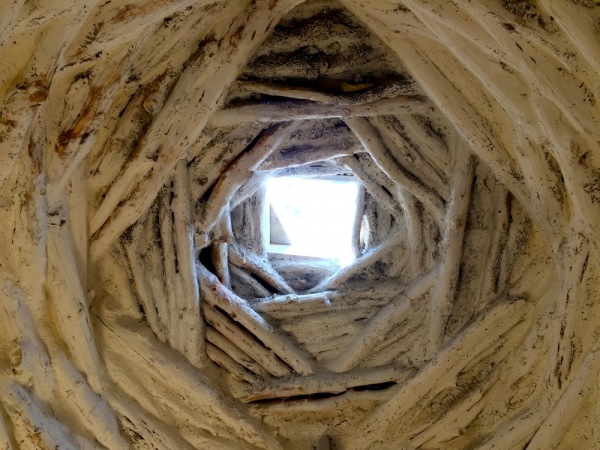 Lizards, coyotes and other critters walk and stop over skylight, so she gets the unique experience of staring at their understuff.

We checked out some Charcoal Ovens adjacent to an old mining town in the middle of nowhere, unnamed, but the plaque stated that 60 million worth of minerals came out of the ground before the mine collapsed. You would never know. There’s not a soul in sight, and nothing but sage and jackrabbits, old stone foundations and heat. 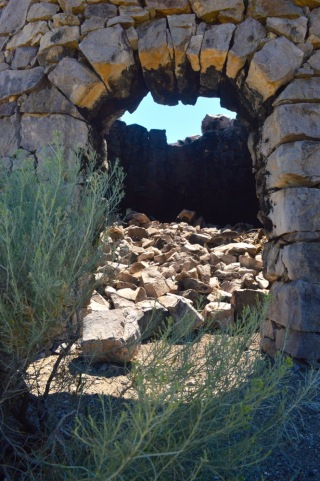 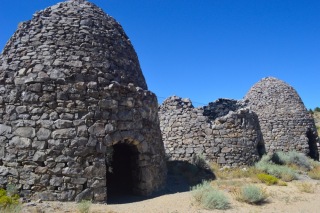 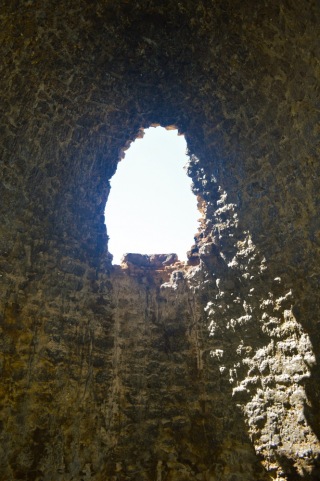 So I tried to like Utah and Nevada but they just aren’t my thing. I need enticing rivers or college towns, railroad tracks or views, ferns or friendly people, murals and brick and ivy. Something that feels like home. I really need to like Arkansas.

Learning to Fly in Colombia: Paragliding